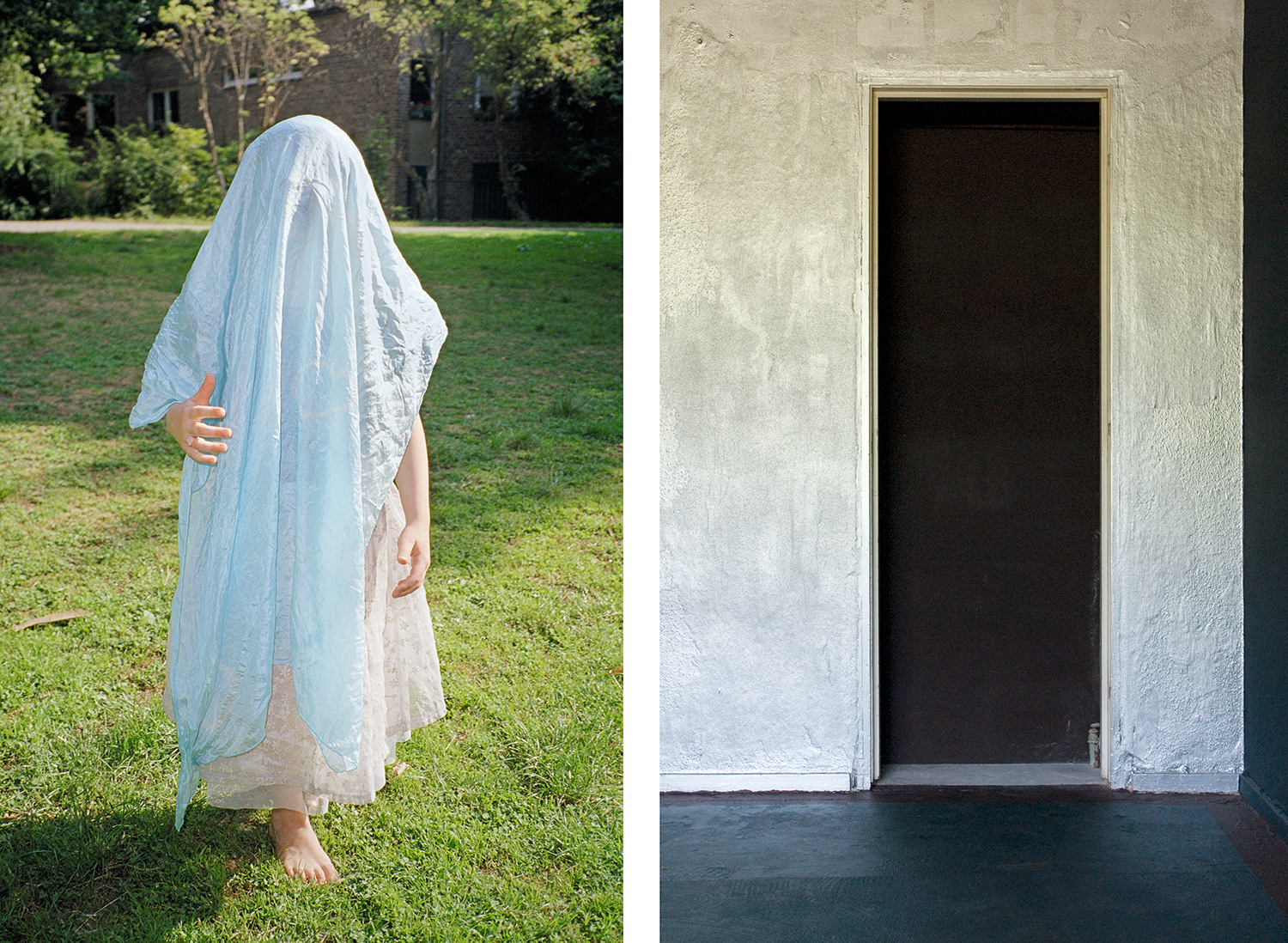 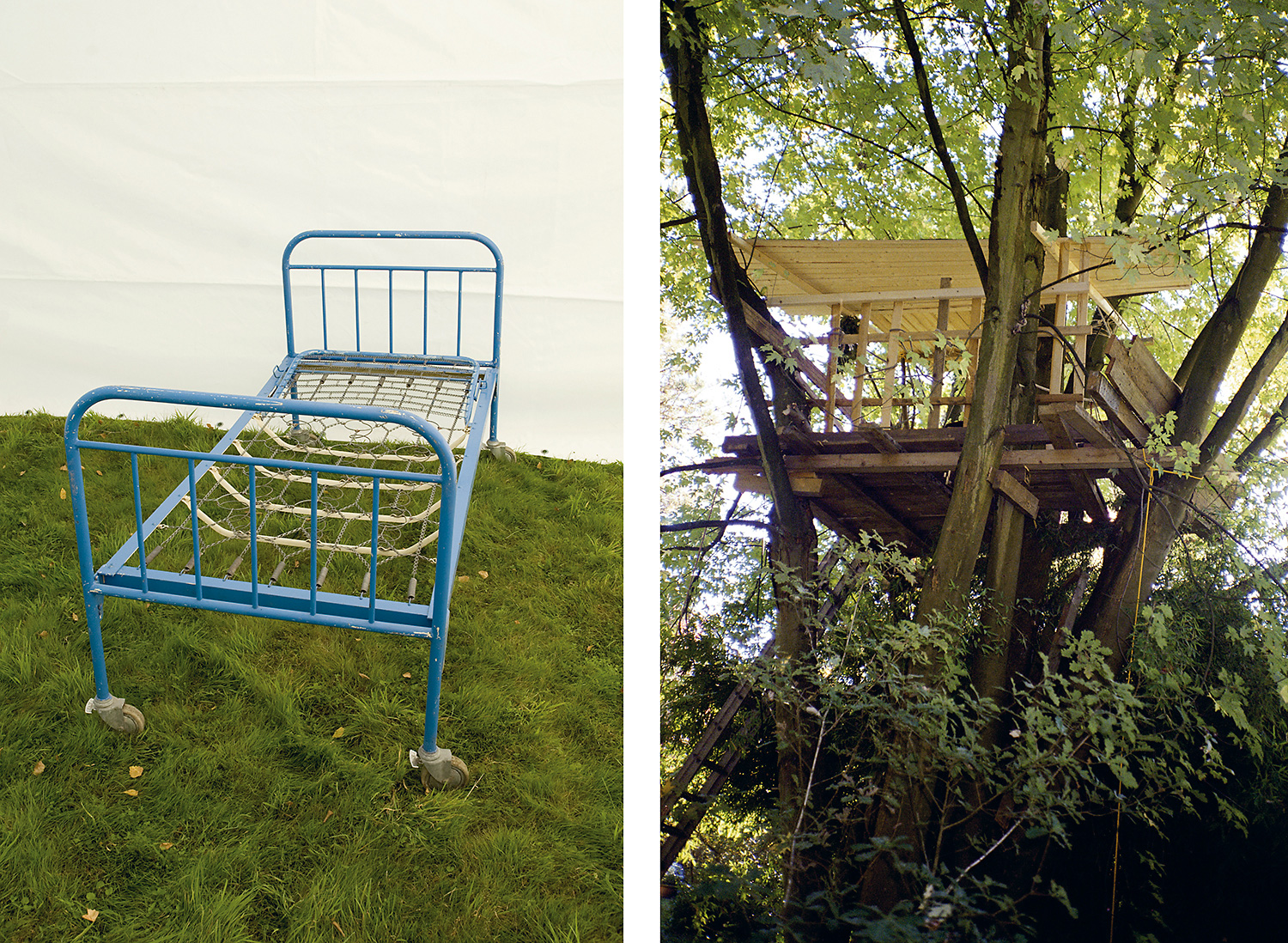 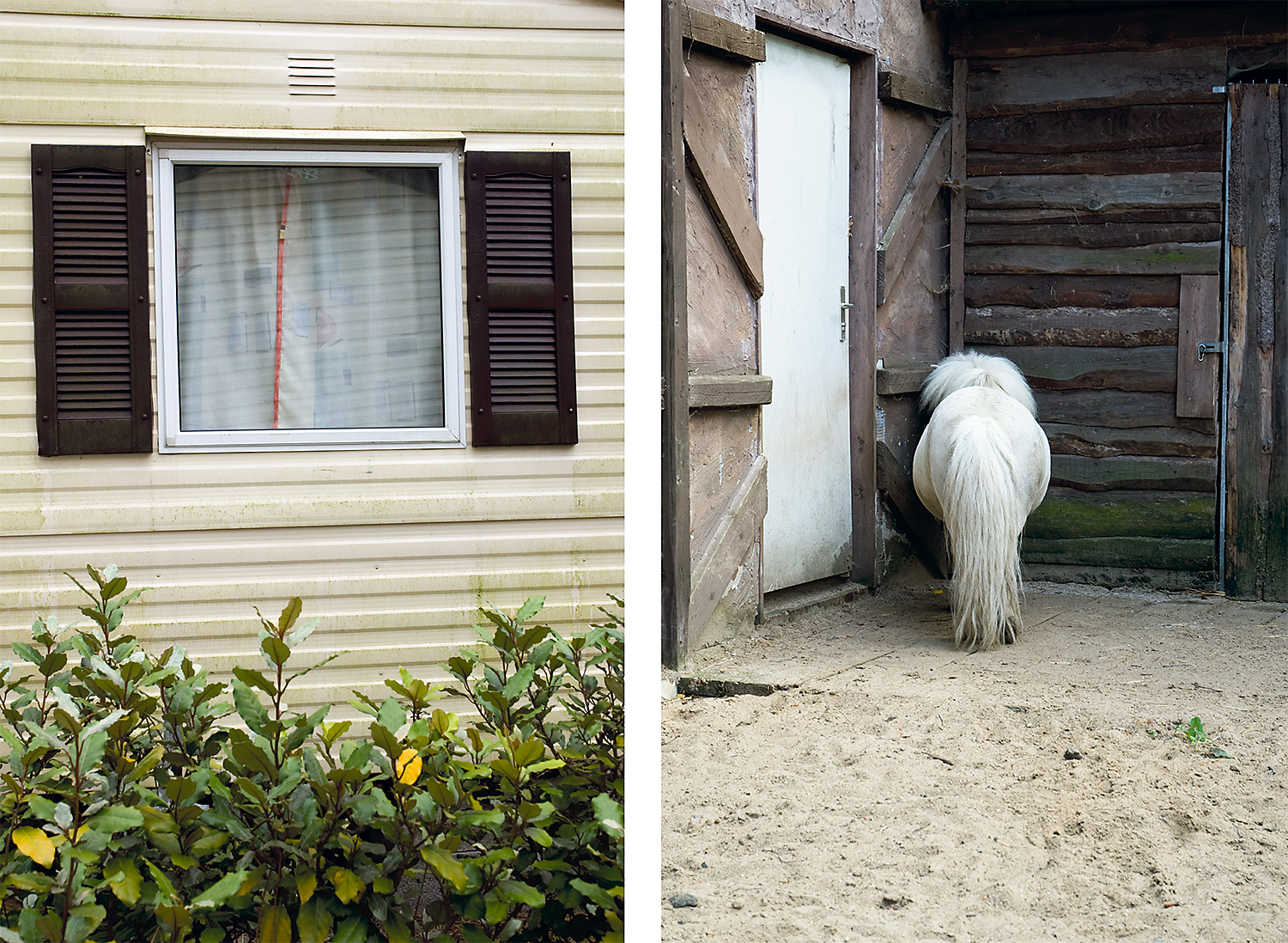 Caravan & Horse in the Corner 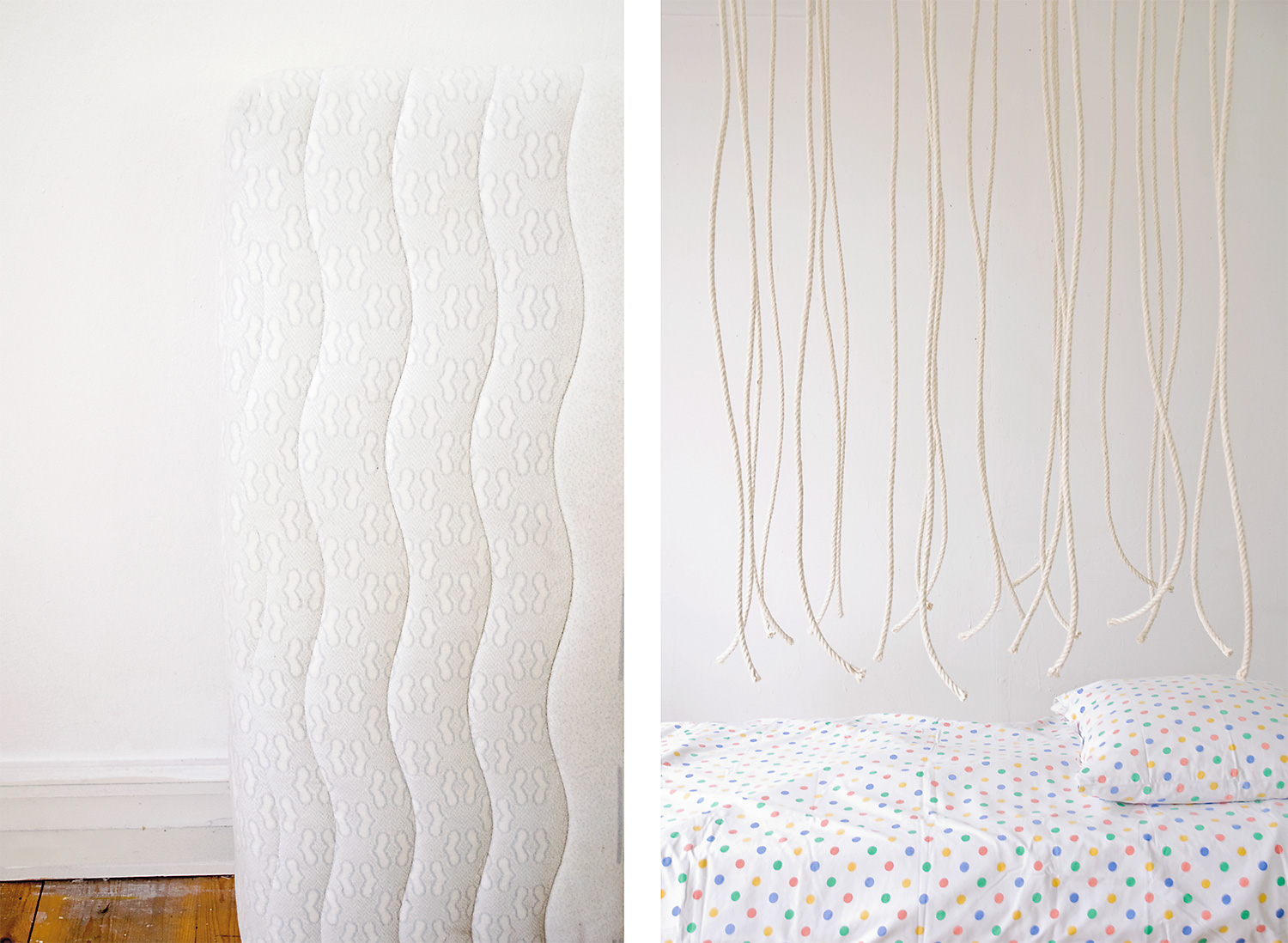 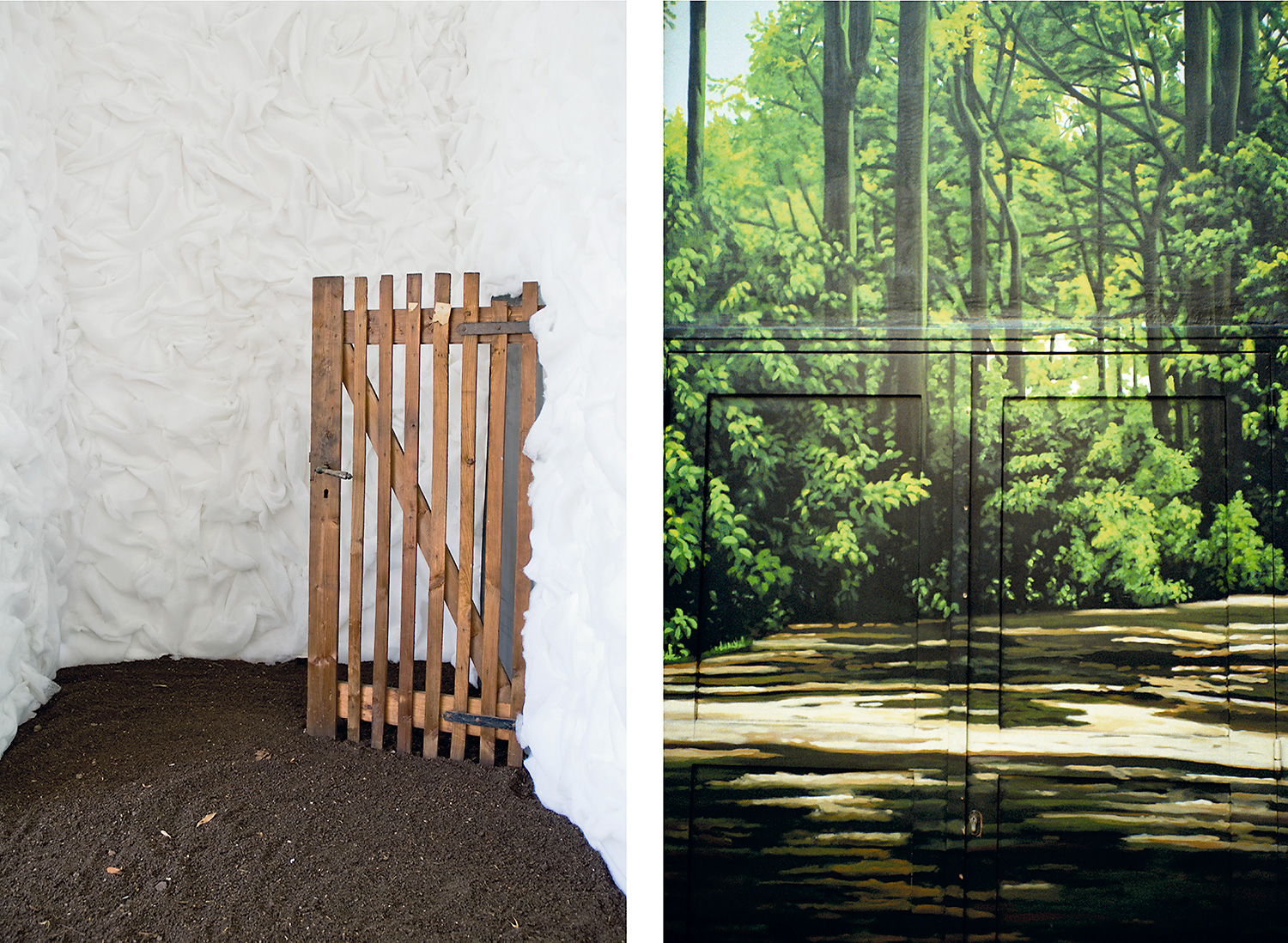 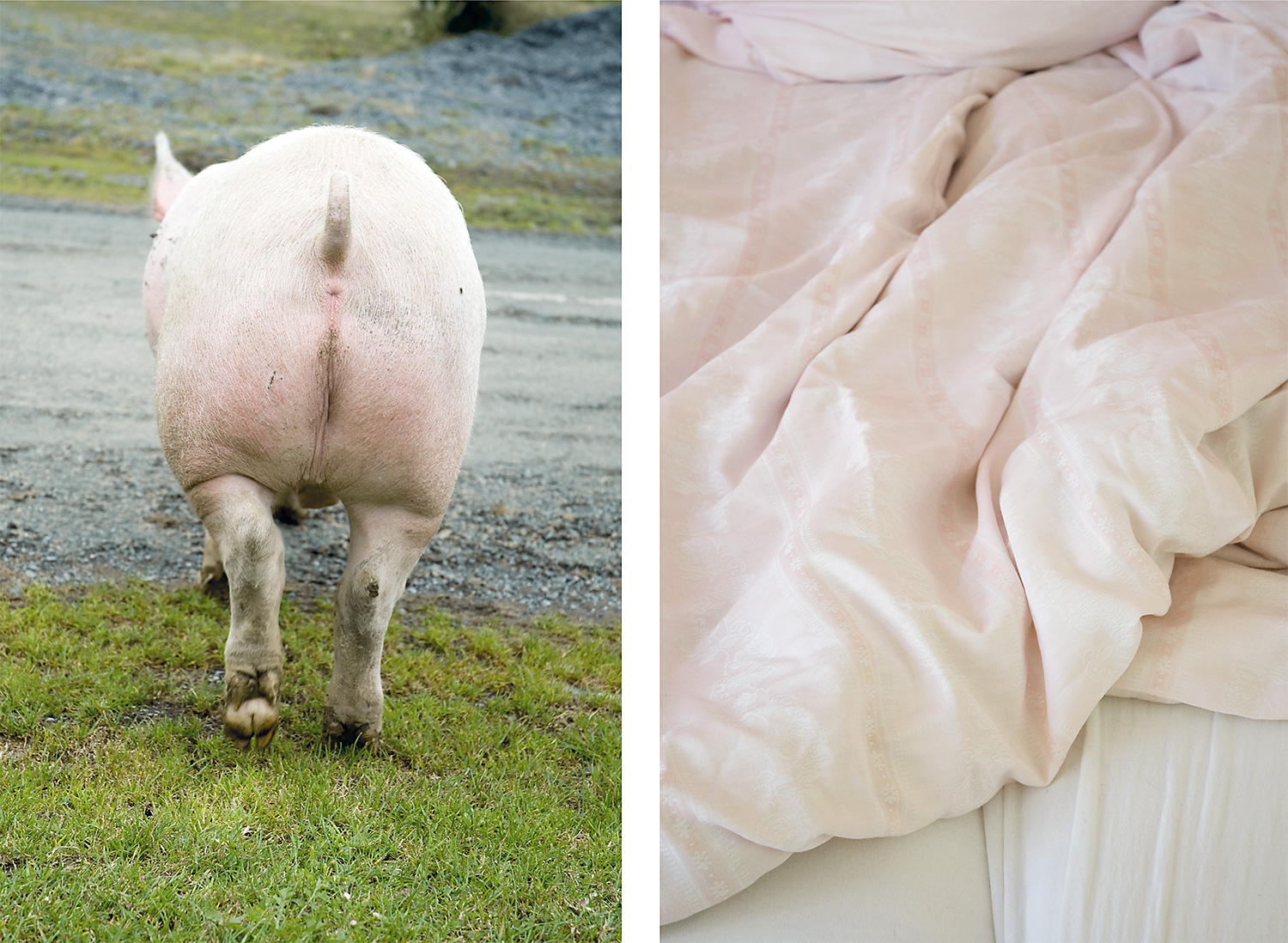 Pig from Behind & Bed Chink

In the novel by Doris Lessing "The Memoirs of a Survivor" a woman whose environment is undergoing massive destructive change can walk through a wall in her apartment. There she will encounter scenes from her childhood.

In the film "A man walks through a wall" with Heinz Rühmann, a good-natured tax official who has been treated unfairly discovers his ability to walk through walls. After initial hesitation, he uses this ability to prevent injustice to poor taxpayers.

Superman cannot walk through walls, but with his x-ray vision he can see through any wall. The only material he cannot penetrate with his gaze is lead.

We who do not have these abilities have our imagination. We can imagine inside ourselves what might happen on the other side. This ability is less and less challenged by the flood of media imagery and the individual pictorial canon is becoming increasingly unified. In the work, "The Room behind the Wall", various people have given me descriptions of a room in which they themselves and only they themselves can walk through a wall. These rooms were reconstructed according to the descriptions of these individuals, photographed and then combined with additional pictures.

In the second part of the project I had physically and mentally handicapped people describe such rooms, recreated them and then photographed them with or on request without the authors.